It’s nearly March of 2014. I’m sure you can do the math. I’m sure that you all just assumed that since I was home, I wasn’t going to write anymore. But that’s not what happened.

So what did happen?

In August of 2012 I met my first host family. I unpacked, settled in, slept off my jetlag, and then–I moved. After one week in a foreign country, I was uprooted and moved to a new family. And that continued. Over my entire experience, I never stayed in one place for more than one month at a time. I had nine host families with whom I lived. I often never knew where I’d be sleeping the next night, and I was usually given less than a day’s notice that I would be leaving a family. I stopped unpacking, stopped settling in, and stopped adjusting.

Some of my families were wonderful. I had one family with whom I stayed for a week, in which the two daughters spoke to me as an equal and the mother loaned me Agatha Christie and taught me to cook. Another family hosted me on rare nights, as their apartment was too small for me to live with them, and their two daughters cuddled and played with me, took me around to meet their friends, took me to school with them, and fed me chocolate. These were families in which I felt as though I was a member.

Other families were not so great. One family was severely christian and disgusted by Indian culture–the culture I’d come to experience and appreciate. They insulted my beliefs and religion and refused to take me out of the house. Another family treated me like a doll, dressing me up in either Indian or Western wear and then taking me to parties to show off–until their real daughter came home. Then I was kicked out of the house so that she could use the one shelf I took up in the wardrobe to store her shoes.

Even those houses weren’t so bad to live in, as they were usually accompanied by a sweet neighbor (usually with a small child) who would invite me over, and feed me macaroni and cheese, and watch movies with me. If not, I could always try and meet up with my wonderful friend Meghana for blissful hours of company and comfort. Living in a difficult host family doesn’t limit your experience. Only I didn’t get to live with them. I was a guest, a temporary fixture, to be sent away when they got bored of me.

Early in the year, when I was with only my second host family, I reached out to my counselor in my sponsor club, Saint Paul Rotary Club. School had closed and I was trying to get support to take a class or volunteer somewhere, since I felt shunned and outcast by my “family,” and was looking for a way to make friends and connections that could support me. The message I received, and continued to receive every time I reached for help again, was that I just needed to try harder.

I believed my counselor. I believed that I must not be trying hard enough, that it was my fault. That I could move past the verbally abusive host-grandmother with whom I was forced to share a bed. That I could continue to have an incredible experience while being locked inside the house with a family that shunned me. That I could become a part of the culture without a stable home or bed. And I was right, I could.

Only these things didn’t stop. Did you know that neglect is a form of emotional abuse? One of the most difficult to recognize, it can have long term effects in physical and mental health. My hair began to fall out. I found it impossible to go to sleep at night and even harder to wake up in the morning. I felt nauseous nearly all of the time and suffered from frequent migraines. And I still believed that my counselor was right, that it was my fault. That there was something I could do, if I just tried hard enough. That I was failing.

By May 2013 I was finally allowed to leave the house, but I didn’t have anywhere to go. My host father/exchange officer repeatedly told me that I was a terrible exchange student who hadn’t even learned to cook, and that I never did anything to help out around the house, but he was blind to the fact that I cleaned the bathroom, washed any dish the maid would let me, fixed my host sister’s broken jewelry without her knowing, and begged my host mother every night to teach me how to make Payassam. He would lecture me until I curled up in my bed to spend the next hour sobbing at my failures.

The thing is, it’s normal to have a bad host family. A rough time. An unexpected move.  During my orientation they drilled it into us: “it’s an experience.” “Make the most of it.” I had no way to know when the moment was that it became too much. I loved India, up until my very last few weeks, but it was destroying me. My counselor in the Rotary Youth Exchange program dismissed my concerns so often that I quickly stopped asking for her help or advice.

In the last few weeks of my exchange I did everything I could to finish happy. I met with all my favorite old host families, if only for dinner. I finally got an opportunity to volunteer–at a clinic for children receiving blood transfusions. I had a long-awaited sleepover with Meghana. I got last tastes of all my favorite foods, packed my things for the last time, and got on an airplane for London.

And then–I felt like a ghost. I was terrified to be separated from my mother for more than a few seconds. I had to be reminded to eat, sleep, brush my teeth. I didn’t talk much. About some things, I didn’t talk at all. I spent five days in England with my mother, unable to perform basic day-to-day functions, before I finally returned home.

Now it’s February 2014.  I’ve been through extensive therapy. I was unable to speak to my sponsor club last summer about my experience because of my emotional state, but I hope to be able to at some point in the near future. I want to guarantee that no more exchange students are sent to Hyderabad. I want to guarantee that the students who are sent to India do not experience the treatment that my friends received–some of whom were sexually assaulted and physically threatened in addition to being emotionally abused, all of whom received no support from their host club in India, and some of whom (like me) received no support from their sponsor club.

Would I go back to India? Yes. I want to see Meghana and my host sisters again. I had some amazing experiences and made some amazing friends. But would I recommend Rotary Youth Exchange? No. My Saint Paul Rotary counselor once told me there was nothing she could do, “unless you are in actual danger, which I don’t think you are.” Emotional abuse can be as dangerous and life threatening as physical abuse. If they had hit me, would my counselor still have said I wasn’t trying hard enough?

Some photographs from my best times: 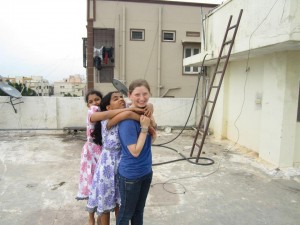 With my host sisters 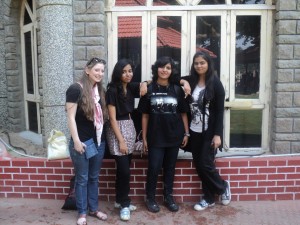 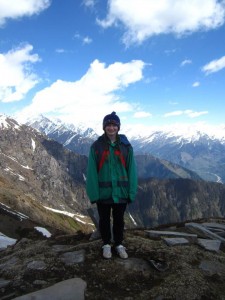 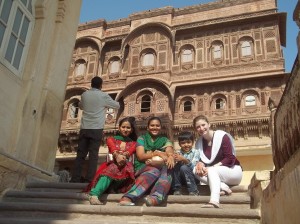 Jodhpur Fort with my neighbor 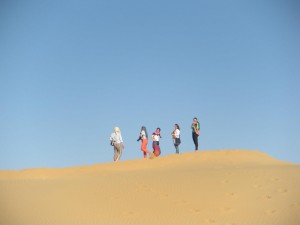 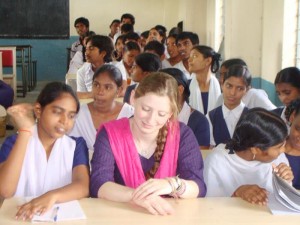 Volunteering at a government school 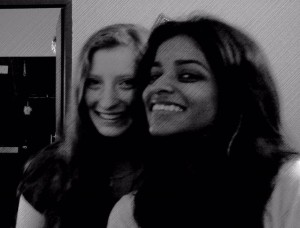 With my best friend, Meghana 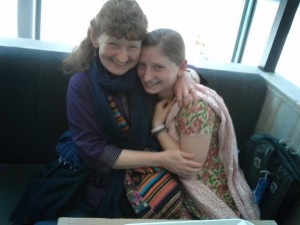 Safe in Heathrow Airport with my mother 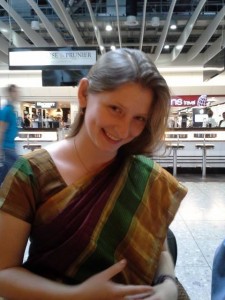 Hello! I'm a student of Computer Science at Knox College in Illinois. I spent a year as an exchange student in India as well as six weeks canoeing in the Arctic. I have lots of fun health problems and occasionally I will write about my life.
View all posts by Amalia →
This entry was posted in India, Travel, Uncategorized. Bookmark the permalink.